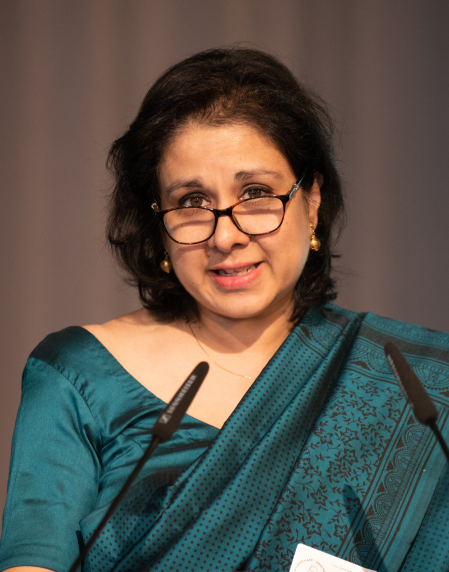 Ms Morshed has been the Executive Director of Yunus Centre, the global hub for social business activities of Nobel Laureate Professor Muhammad Yunus, since its inception as the Yunus Secretariat in 2006 and its formal incorporation in 2008. She has worked with Grameen for more than 23 years. In 1994, she joined Grameen Trust, which supports and implements poverty-focused microcredit programs in more than 45 countries, and was part of numerous high level missions to develop partnerships and create microcredit institutions around the world including project and business plan development of microcredit programs in Kosovo, China, Costa Rica, Guatemala and Turkey. Lamiya has a diverse international education having had her schooling in Brazil, Germany, Switzerland, Bangladesh, and the United Kingdom. Lamiya is fluent in English, Bangla, and French and has a working knowledge of German.