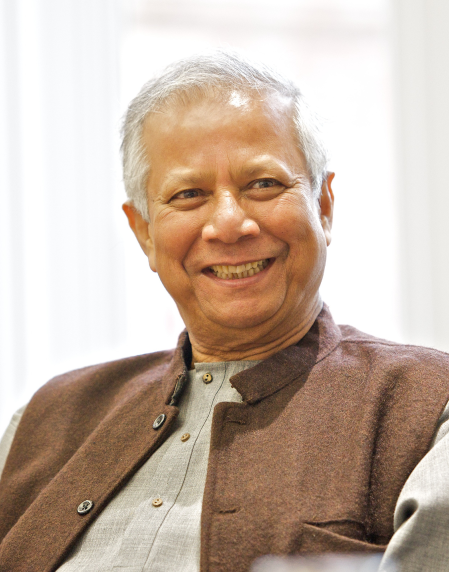 Nobel Laureate Professor Muhammad Yunus is the father of both Social Business and Microcredit, the founder of Grameen Bank, and more than 50 other companies in Bangladesh. For his constant innovation and enterprise, Fortune Magazine named Professor Yunus in March 2012 as “one of the greatest entrepreneurs of our time.” In 2006, Professor Yunus and Grameen Bank were jointly awarded the Nobel Peace Prize. He is the recipient of 61 honorary degrees from universities across 24 countries. He has received 136 awards from 33 countries including state honors from 10 countries. He is one of only seven individuals to have received the Nobel Peace Prize, the United States Presidential Medal of Freedom, and the United States Congressional Gold Medal. He has appeared on the cover of Time Magazine, Newsweek, and Forbes Magazine.